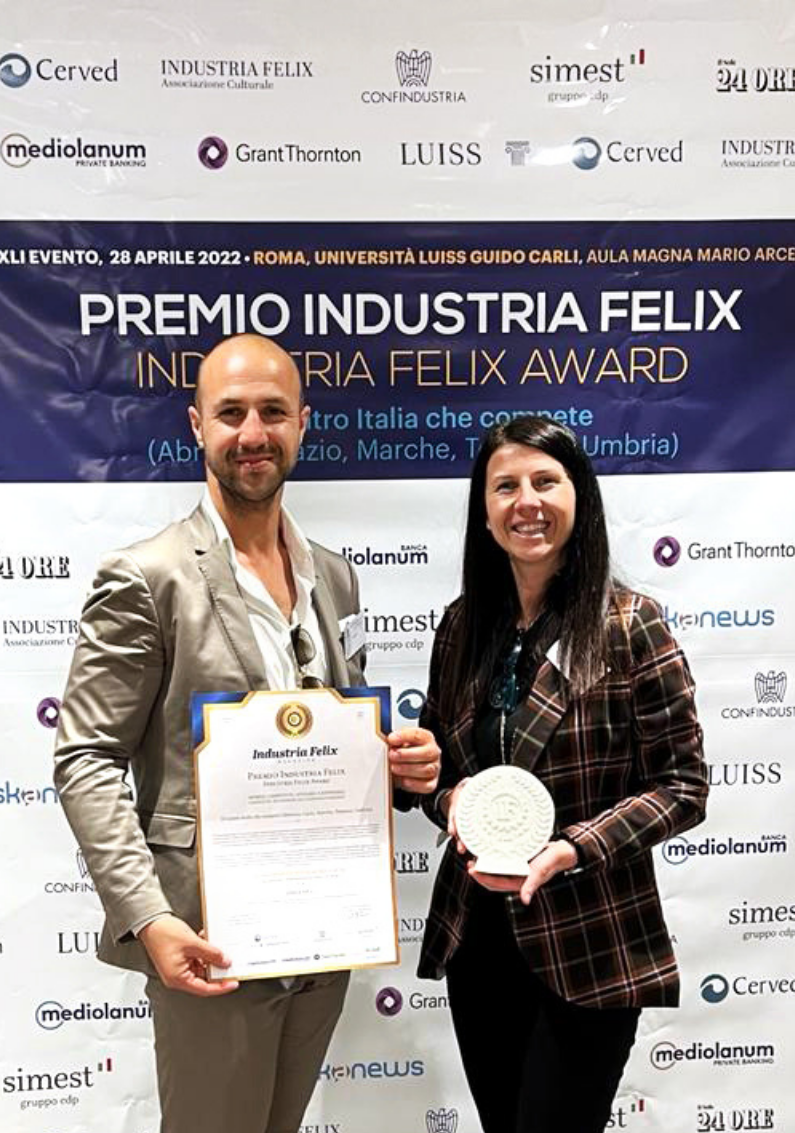 The Italian company, an industry leader, came out top of  “under 40” businesses in the Lazio region

Milan, 11 May 2022 – Elleci – Italy’s leading Italian manufacturer of composite kitchen sinks – has been recognised as the best “under 40” company in the Lazio region in the 41st edition of the Industria Felix Awards in a ceremony held at Luiss University of Rome. This recognition is based on the Cerved parameters of financial performance and creditworthiness.

The study on Italian businesses was presented by Cerved’s Market Intelligence Director, Manuela Bravo, during the exclusive Industria Felix event that focused on regions in central Italy. The Cerved division seeks to support the growth of Italian companies through Market&Sales Intelligence, Digital Marketing and Advanced Analytics services. It drew up a ranking of businesses based in the Abruzzo, Lazio, Marche, Umbria and Tuscany regions.

The Pontinia-based company, which will be celebrating its 30th anniversary on 28 October of this year, has once again distinguished itself at a local and national level for its commitment to future growth in central Italy in terms of digitalisation, overseas presence and environmental engagement. These efforts have been recognised by the Industria Felix Under 40 Award.

Elleci CEO, Graziano Traversa, declared “This recognition sees me directly involved, and underlines Elleci’s leading regional standing. The Made in Italy brand is a fundamental value of our company, which has made a name for itself overseas too. Our family business model is the driving force behind a a constantly evolving and expanding business plan, starting from the Pontinia area: for our 30th anniversary we will present the Elleci HUB project, a new highly automated production centre aimed at raising the efficiency and sustainability of business processes, with a special focus on our Research and Development division”.

In 2021 Elleci pursued its goal of consolidating and raising its market shares at home and abroad, and ended the year with a 50% increase in sales revenues, confirming its status as leading Italian “player” in the kitchen sinks segment. For its 30th anniversary, Elleci has drawn up a 30 million euro investment plan with the aim of tackling continuous market challenges with renewed determination and vigour, and reaching out to new horizons and new dimensions.

Elleci, an International Company with Italian Origin, Designs, Produces and Distributes sinks, basins and design accessories for the Kitchen and Bath world.